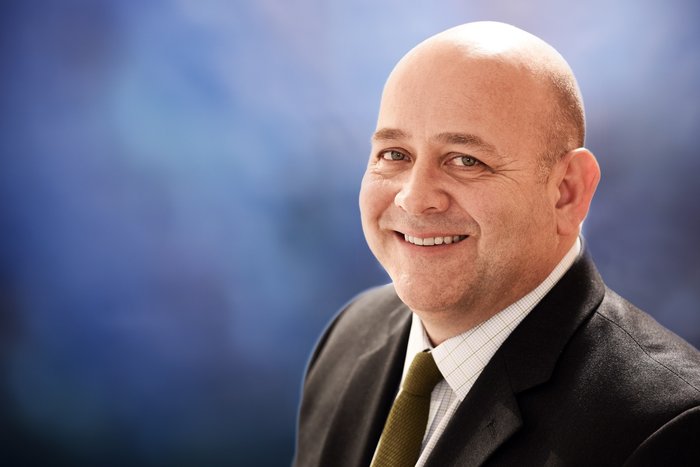 Our Senior Clerk, Gary Oliver, has been a clerk for over 37 years, the past 28 of which have been here at Blackstone Chambers.

He has overall responsibility for managing and developing the individual practices of each member of Chambers. This also includes the strategic and focused business development and marketing of Chambers, across all areas of practice.

He is highly regarded by both the independent legal directories, Chambers & Partners and The Legal 500. He was featured as one of the legal stars of 2013 by The Lawyer in the ‘Hot 100’. The Lawyer citation reads, “as Blackstone Chambers’ Senior Clerk, Gary Oliver is a key force behind chambers’ phenomenal success”.

Derek Sutton is Deputy Senior Clerk at Blackstone Chambers. He started his clerking career at Blackstone over 25 years ago and has developed an excellent understanding of all Chambers’ practice areas and assists Gary Oliver with practice development for all members of Chambers.

He works closely with clients, from Counsel selection to fee negotiation, providing ongoing support and assistance throughout the lifetime of a matter.

Derek also assists Gary and Mat Swallow with marketing initiatives both with UK and overseas clients. 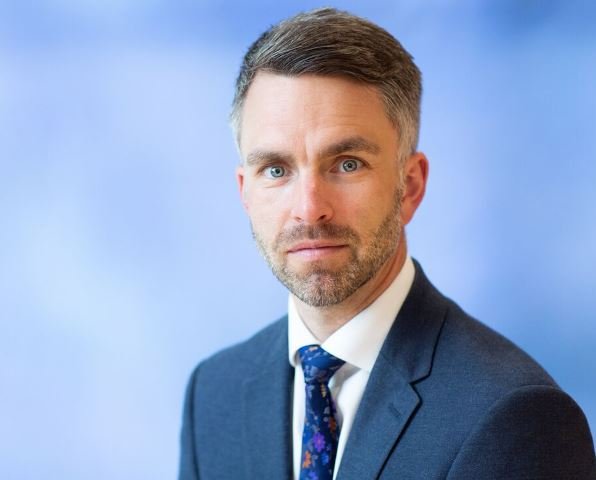 Adam Sloane is joint Deputy Senior Clerk and has been with Chambers since 2000.

In his role as Deputy Senior Clerk Adam assists Senior Clerk Gary Oliver in the management and development of barristers practices at all levels of seniority.

Adam's time at Blackstone Chambers has provided him with a breadth of knowledge across all of chambers practice areas, enabling him to play a key role in both the domestic and international growth of chambers.

The Legal 500 credits Blackstone with a “first-rate clerking team” and describes Adam as “highly rated by solicitors”. 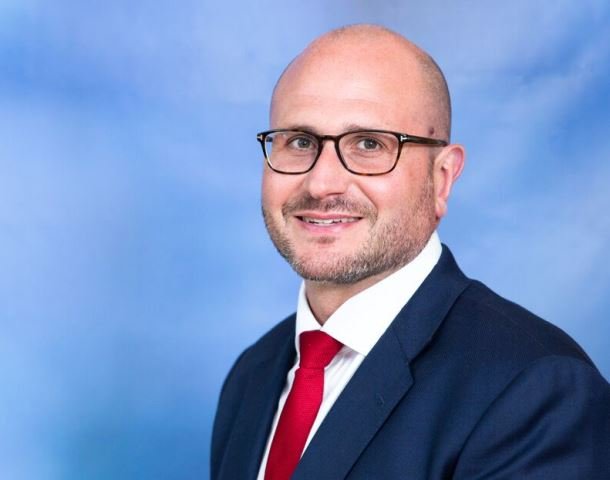 Dean Tolman has been a clerk for over 20 years, with almost 10 of those years at Blackstone Chambers and has an excellent understanding of all Chambers’ practice areas.

Dean has sole responsibility for clerking Sir James Eadie QC, the First Treasury Counsel, and also for overseeing the members of Chambers on the Attorney General’s panel counsel lists. He is also responsible for the diary management and practice development of all members of Chambers, daily liaison and advising clients, distribution of work, fee negotiation, listing of Chambers cases and assisting with marketing initiatives. 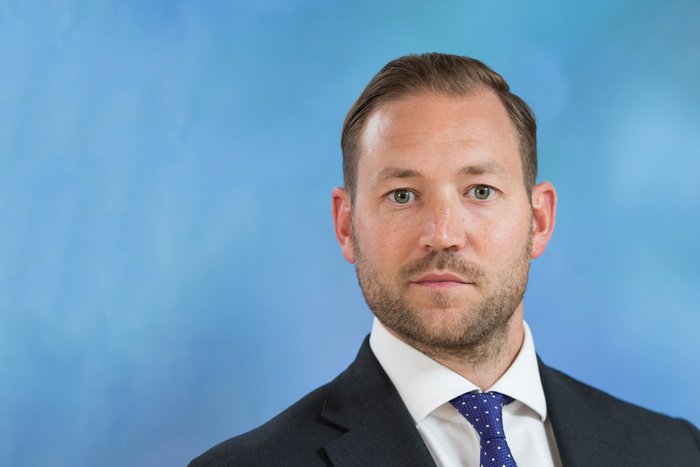 Lewis Walker commenced his clerking career in 2002 and has been at Blackstone Chambers since 2008 where he is now an integral member of the senior clerking team. His main responsibilities include advising clients on the distribution of work, managing Counsel's diaries, fee negotiation and practice development for all member of Chambers. He has strong case management and listing skills and can assist clients on listing procedures in all courts and tribunals in which Chambers appear. He also assists with marketing initiatives and input into Chambers practice groups as well as sitting on the Chambers IT committee.

Lewis is highlighted in the The Legal 500 as "knows his stuff; is a star." 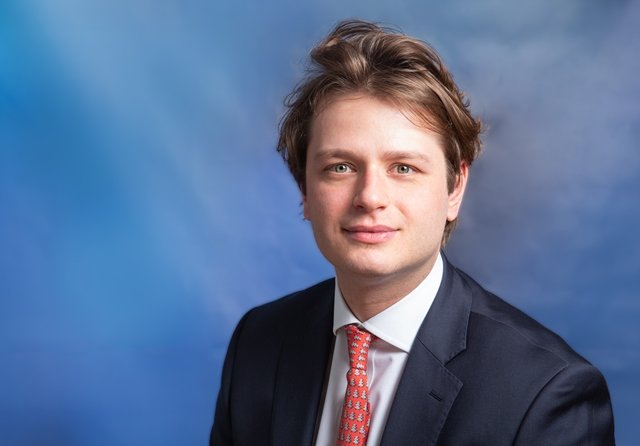 Billy Brian commenced his clerking career in 2006 and joined Blackstone Chambers in January 2019 from another leading commercial set. He is responsible for the diary management and practice development of all members of Chambers which involves distributing work and liaising with clients on a daily basis, fee negotiation and listing. He also has an active role with chambers marketing initiatives.

Billy is described by The Legal 500  as "pragmatic" and "always very efficient and commercial on fee discussions". 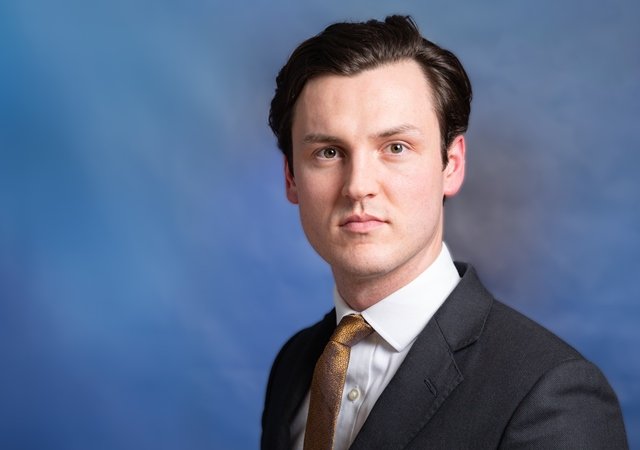 Marc Armstrong commenced his clerking career in 2008 and joined Blackstone Chambers in 2017. His main responsibilities include advising clients on the distribution of work, fee negotiation, listing hearings, diary management and assisting with marketing initiatives. 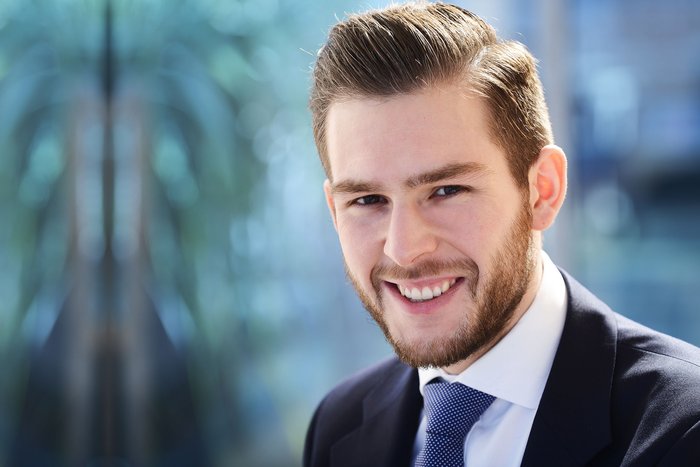 Adam Fuschillo started his Clerking career with Blackstone Chambers in July 2008. His main duties within the Clerking Team involves the distribution of work, liaising with Solicitors, getting our Tenants called to foreign jurisdictions when needed, fee negotiations and general day to day management of the diaries of our Tenants. He has successfully completed the BTEC Advanced Award in Chambers Administration.

The Legal 500  highlights Adam as being "very helpful in all respects".

Outside of work he enjoys socialising with friends, going to watch Tottenham Hotspur (for which he has a season ticket) and going to the gym on a regular basis. 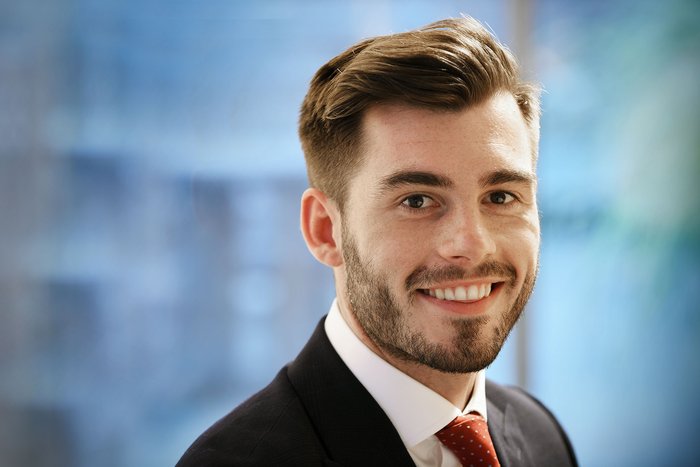 Danny Compton started his clerking career with Blackstone Chambers in July 2010. He is an integral member of the clerking team, covering all areas of Chambers’ practice with a particular focus on the junior members of Chambers.

His main duties include liaising with solicitors, work distribution, fee negotiation and general day to day management of barrister diaries.

Danny is mentioned in The Legal 500 as being "responsive and accommodating".

Outside of work he enjoys socialising with friends, going to the cinema and sports. He plays football every week, goes to the gym and has participated in amateur boxing bouts. 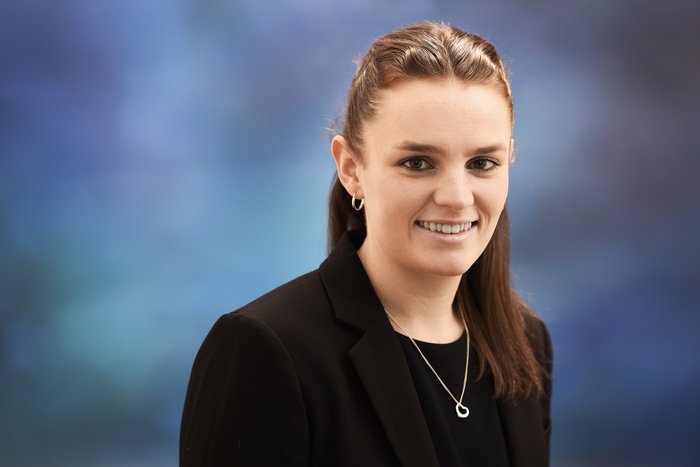 Sophie Floydd began her clerking career with Blackstone Chambers in August 2015 after graduating from the University of Exeter. Her duties within the clerking team include liaising with solicitors, diary management, distribution of work and fee negotiation with a focus on the most junior tenants.

Sophie is described in The Legal 500  2019 as "efficient and easy to deal with over fees". 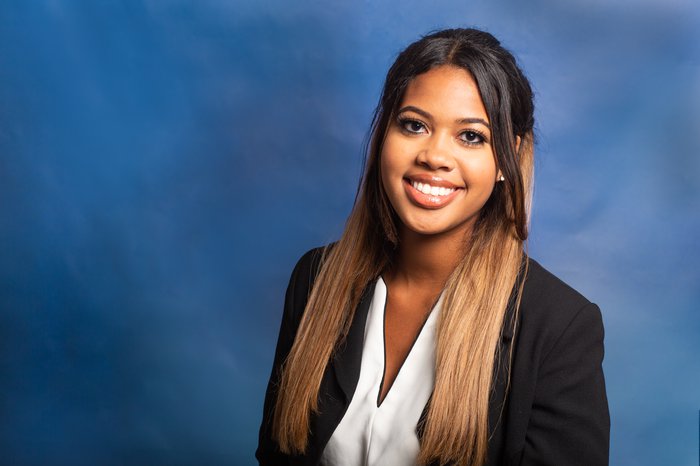 Nina Russell started her clerking career at Blackstone Chambers in May 2017 as a Junior Clerk, later progressing to Head Junior Clerk. She has now joined Chambers’ main clerking team, where her duties include liaising with solicitors, diary management, distribution of work and fee negotiation with a focus on the most junior tenants. 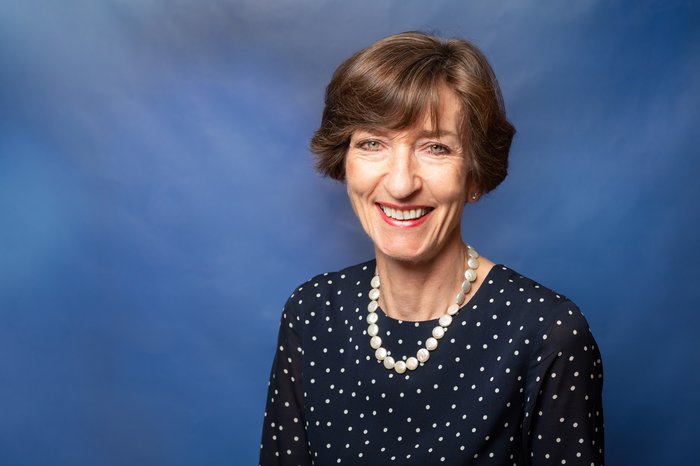 Julia Hornor is Chambers’ director and her responsibilities cover the non-clerking side of management and administration. Together Gary Oliver, our senior clerk, Mat Swallow, Chambers’ deputy director, and Julia are responsible for strategic planning, management and administration of Chambers.  Her areas of responsibility include amongst other matters the recruitment of barristers, pupils, and staff, IT, premises oversight, finance, and corporate governance.

Julia is a member of the LPMA.  Prior to joining Chambers, she worked as a litigation solicitor specialising in commercial and employment law in a City firm.

Time outside work is divided between family, friends, dog walking and making an effort to sing with a choir – time permitting.  A long held ambition is to keep bees - yet to be fulfilled! 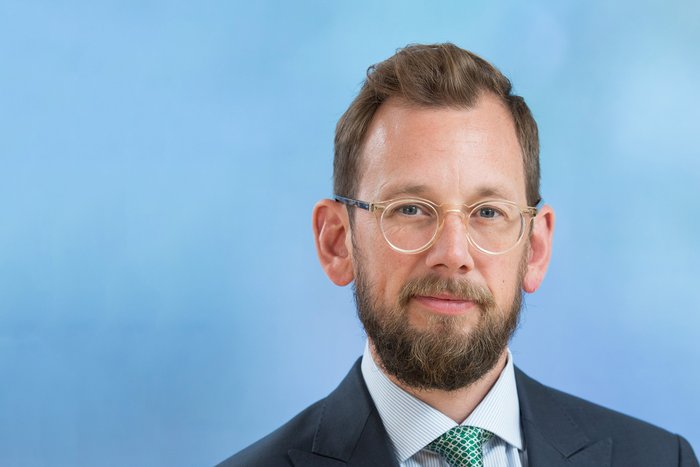 Mat Swallow is Deputy Chambers Director and this is his second stint at Blackstone Chambers, having first been employed as the Communications and Marketing Manager (2005-2007). He was then recruited to launch a new joint venture between YouGov, the leading research organisation, and Centaur, the listed publisher.

Previously, Mat spent seven years as a journalist with The Lawyer magazine, latterly as deputy editor. He rejoined Blackstone Chambers in June 2008. 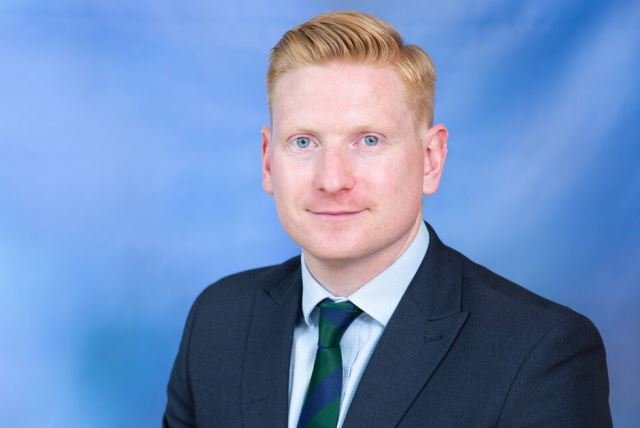 Lewis Baker is the Chambers finance manager and joined Blackstone Chambers in 2017. He is responsible for all matters relating to the financial operation of Chambers. Working closely with the Chambers Director, his responsibilities include heading the accountancy and book-keeping for Chambers' management company and all individual practitioners. 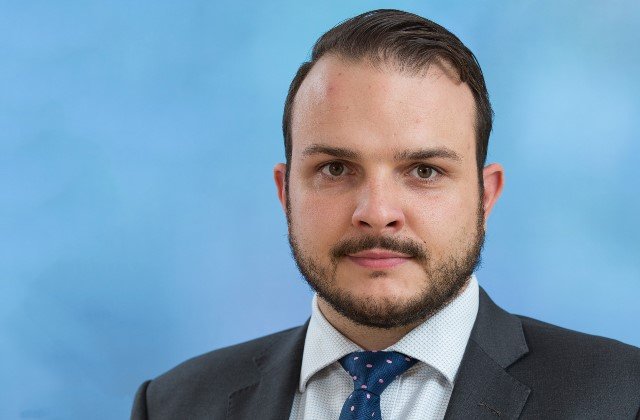 Matthew Stone is Chambers’ Fees Clerk. Joined Blackstone in 2017 having previously worked in other Chambers as a Barristers’ Clerk, before deciding to focus on a career specialising in ‘Fee management’. Matthew works very closely with the Clerks and is responsible for fee collection and billing. He has a vast knowledge of the many different funding mechanisms. 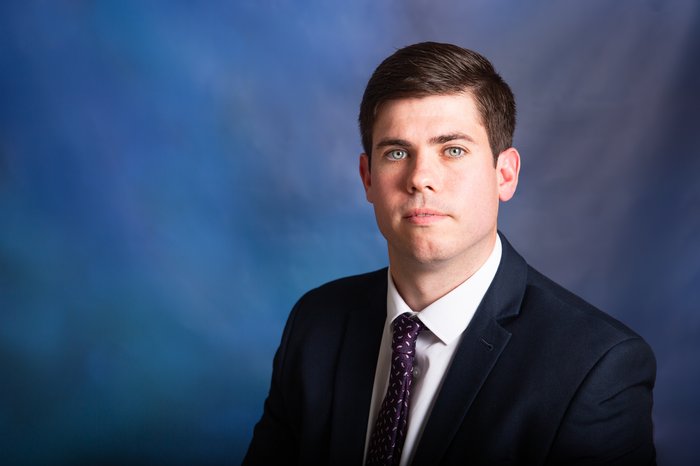 James Thraves is Chambers’ Fees Clerk having joined Blackstone in 2018. He previously worked as a Revenue Controller at one of the UK’s largest sets. His responsibilities include all areas of fee collection and billing. 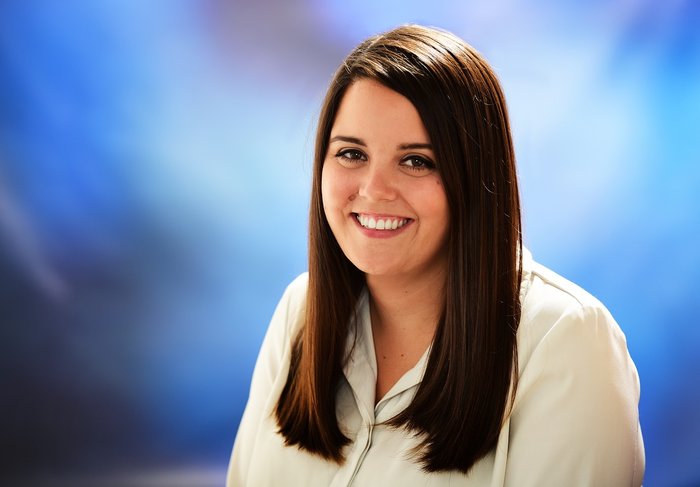 Stevie Moore is the Events & Marketing Executive for Chambers, looking after the conferences and seminars, corporate functions and the marketing that goes with this. These events range from informal networking events to large-scale conferences with guest lists ranging from 10 to 1000. Stevie has project responsibility from planning to post-event analysis, involving management of fellow support staff and negotiation with external suppliers. Stevie has a degree in event management. 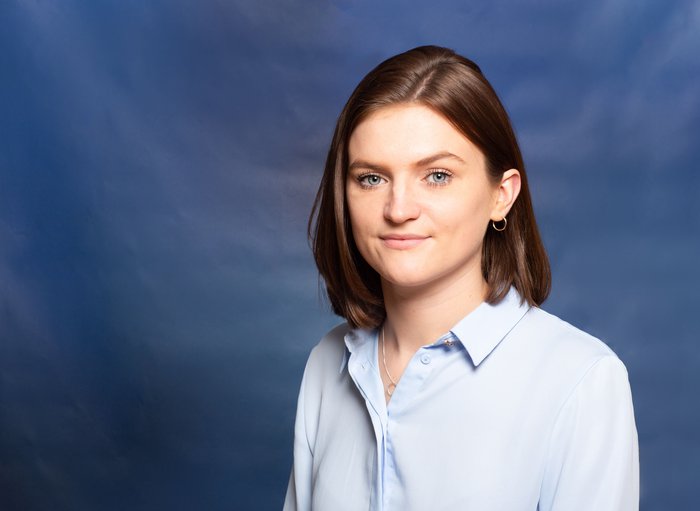 Charlotte Hegley is Marketing & Communications Executive for Chambers. Her responsibilities include: co-ordinating submissions to legal directories; managing the Chambers’ digital presence, including its website and social media accounts; producing internal and external communications, such as e-bulletins and newsletters; and acting as one of the first points of contact for press requests. 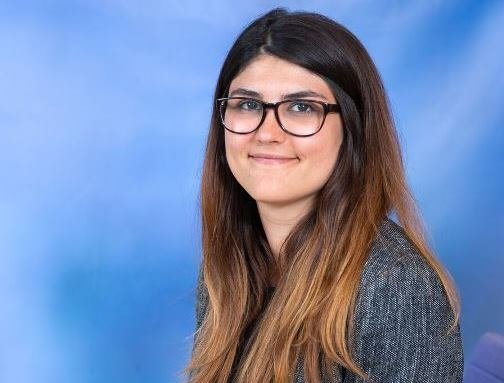